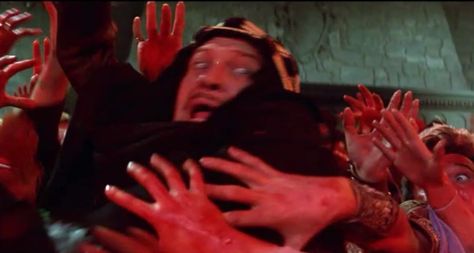 A deep and loud clanging of the Swiss cow bells, which hung outside the back door, made Nick noticeably jump and spill some of his coffee over the table top. “Bollocks!” Nick cursed, spitting out a shower of toast crumbs all over the once clean, gingham table cloth.

“Wazzuuuup,” squealed Alan rather too loudly, as the door opened and Nick defensively backed away.

“Jesus Man, what did you have for breakfast,” he laughed at Alan’s over exuberance. “Too much sugar, or what?” He asked and Alan, a touch shame faced, calmly answered Nick’s facetious enquiry.

“No Man, it’s just that this is like an old school field trip for me and if you remember, even in those days, I couldn’t sleep when I got over excited.” Alan was on a roll. “Wow Man, first you provided a boat trip in what could well have been Adolf and Eva’s launch, then followed that up with a treasure hunt and finally, making off with a handsome snifter of the loot and now I get to do it all over again…” He paused there and took in a long deep breath of the fresh morning air. “Ahhh Man, it doesn’t get much better than this….., what time do I get to meet Wendy?”

Nick peered sideways, slitty eyed at his friend and interjected, “Around 7.30ish and just wait until you call round, on one of our ‘Big Blast Special’ days……,” Nick held the pregnant pause, for as long as was decently possible, before adding, “when the freezing wind comes down from the mountains and the wolves, take a couple of the local children for sustenance, then and only then, do you see the true face of Llyn Isaf.” He spookily said, in a fairly good imitation of Vincent Price. “Come on in and let’s have a coffee……and a smoke, before we get going.”

A few minutes later, Alan was silently looking out of the bay window, casting his eyes across the water with Nick’s, ‘Mask of The Red Death’ eulogy, still ringing in his ears. Nick, could see the excitement blazing in Alan’s eyes, so he began to play the Father figure role and casually ‘rippled off’ a few trusty old perennials, like “one step at a time, son,” to which, he received another florid response from ‘altorro.’

“Yeah and you can fuck off ‘n all,” Alan said, as only a friend can, which elicited an equally crude, Anglo Saxon response from Nick. The niceties over, they both sat down and reached for their respective mugs of coffee. It was Alan, who broke the silence.

“Just wrap your ears around this,” said Nick, as he pressed the ‘Play’ button on his iPod and the music of The Butthole Surfers, filled the room. “I’ll just get a thermos together. This trip could take a while and we don’t want to be dying for a ‘brew’ out there on that rock, do we?” He enquired, without expecting a reply. The sound of The Surfers, who were Nick’s favourite discovery of the minute, distracted Alan just long enough, for him to make his escape and go and turn off the screaming kettle.

Alan was in fact, starting to wonder what on earth Nix saw, in this cacophony of dystopian notes? However, it wasn’t exactly a novel sensation. The day that his old friend had discovered Captain Beefheart, would never be forgotten. He recalled Nix rushing into a record shop, who’s name slipped his mind for the moment, to purchase the aforementioned article. When he emerged, grinning like a Cheshire Cat and brandishing his freshly acquired copy of, ‘Trout Mask Replica,’ all he’d said was, “must go” and turning on his heels, had made off towards the bus stop in an almost trance like state. That double album, which Nix had subjected him to for six solid weeks after that, had burned its way into his mind’s deepest recesses and refused to leave. Regrettably, it was still floating around in his head and now all these years later, here he was, doing it again. Sometimes, he cursed his ‘best mate,’ for ever having introduced him to, The Captain.

“Is this a ‘Best of the good Captain’, that you put together, or did you get this from Hugo?” Nick heard Alan’s question but chose to ignore it. He had a flask of coffee to make and if they were going over to Wyndwrayth, they’d better be getting a move on.

In the lounge, Alan had endured quite enough of this music and picked up Nick’s iPod, to change the sounds to something a little more conducive to the mood of the day. He scrolled down, from one playlist to another and then stopped. “Perfect,” he enthused and with just one casual flick of his middle finger, the softer, more ambient sound of Mazzy Star, replaced the barely controlled vibes of The Butthole Surfers. The more thoughtful tone of the music, changed the whole timbre of the room to a more reflective, almost ambient lilt.

“Careful, Man, or you’ll be slipping away under the water if you don’t watch it,” Nick commented on his friend’s choice of sounds.

Alan smiled his agreement, as he slowly moved back to the bay window and once again, calmly looked out across the lake, towards Ynys y Niwl and the mysterious Wyndwrayth. “Does anybody else have a boat on this lake, other than you,” Alan called out above the music. There was something else, hidden within his apparently innocent question, which at this precise moment, Nick couldn’t exactly decipher.